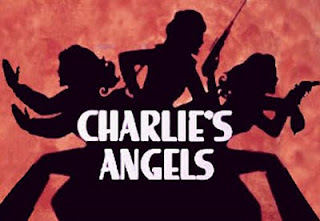 
I've always been a huge fan of the TV show Charlie's Angels (the old 70s version). I would sometimes stay up late at college to watch the reruns on TV Land. :) I used to troll fansites to look at pictures and read up on trivia. I know all of the different combo casts. I know that there were only 5 seasons. I know that Jaclyn Smith was the only angel to last all 5 seasons. I know that Farrah Fawcett broke her contract in a huge scandal, causing the hiring of Cheryl Ladd. I know that, when the show was going under in season 4, they moved season 5 to Hawaii to garner more audience.

Kelly is my favorite angel. My favorite episode is the one where Tiffany, Kelly, and Kris take advantage of 3 gang-robbers in a divide-and-conquer scheme.

Anyway, I'm extremely excited to hear that they're remaking the show! I hope it's just as good.
at 8:00 AM